I know I’ve been gone for a while.

I wanted to write in this post about recent events in my life that had me poetic, wax and wane lyrical about floating and sensuality and the funky human cause for my sudden loss of gravity.  I wanted to write about the termination of those poetic events, and being brought back to earth, and how both their inception and termination perhaps could reflect on parts of me and my thoughts on society.

I wanted to write about atheism, especially since I am reading Dawkins’ The God Delusion, as well as this cool dude’s amazingly cool blog on the topic, and am all in a mood to smite the walls of ignorant religion with my own words that could not rival but might at least might pay homage to the elegance and explanatory consistency of the two authors I have mentioned above.  Dawkins especially, not least because he’s a thorn in the side of theists everywhere.

But I have deferred both topics simply because I am too worked up at this point in time to come to any sort of understandable clarity in my writing about either.  They will surface in upcoming posts.  Just not now.  I need time to cool, I write ridiculously when impassioned. 😛

Instead I’m going to talk a bit about body positivity.  Those of you who know me, will know how much I loathe discrimination based on appearance or gender.  I came across this woman’s blog some time back, and subscribed to it and have been pretty consistently following it. It’s called Dances with Fat and it’s by a very inspiring woman called Ragen Chastain. It’s an impressive blog.  I don’t agree with everything she says, especially a few of the medical points, but I’d be lying if I said most of her ideas didn’t appeal to me.  Her posts, all well-written, form a sort of constant inspiration for me, a reminder that I am not wrong to feel good about my body, that if I stand tall and step with pride without constantly worrying about how fat I look, its a good thing, not a bad one.

For those of you too lazy to go through her blog (you know who you are!) there are two ideas that, aside from general body positivity, I will repeat here.  Overall Ragen talks about a lot of issues, like the media image of fat people, Health at All Sizes, discrimination against fat people, and many many other things.  But I will focus on two for now.

Firstly, Body positivity in general refers to the idea that it doesn’t matter what size you are, you should feel good about your body and treat it with the respect and love it deserves.  This can range from something tiny, like smiling at yourself in the mirror, to something more bold, like wearing revealing clothing despite conventions that really fat (or really skinny) people need to ‘cover up’ as much as possible.  Body positivity applies to people of all sizes, not just larger ones, and hence negativity like dissing skinny people just to feel good about yourself is of course severely discouraged.

One of the ideas I really liked from her blog is a continuation of the body positivity idea.  Basically, its that even if you are dissatisfied with how you look, you should pause for a second and appreciate all the things your body does for you.  Again and again, in several places she’s stressed the idea.  Stop. Think.  Appreciate.  Your body does so much for you.  It breathes, it moves, it thinks wonderful things, its working without a fault, twenty four seven, and all without a glitch.  Then why hate it?  For just a moment we should reject all the external messages telling us what to think about the ‘lump of flesh’ we’re saddled with and quietly, internally, consider what a wonderful thing it actually is.  Your body is extraordinary.  Learn to appreciate it. 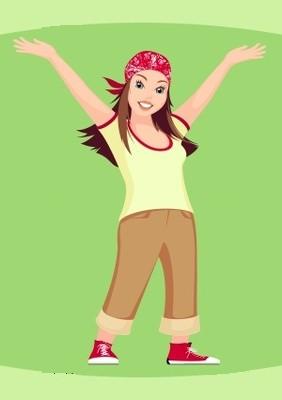 The second thing Ragen stresses that I really liked is about respect.  The whole focus of her blog is not to tell people that they should or should not lose weight, that they should or should not aim to be fat, that being fat is good or being skinny is bad.  The whole focus of her blog is respect about choices.  She insists, time and again, that it is one’s personal decision to choose to remain at a certain weight, or to choose to change that weight.  A fat person on a diet is as good as a fat person eating cheeseburgers – and both of them are beyond our right to criticise, so long as it is their personal choice to eat that way, or live that way.

This is counter-intuitive, especially to someone like me – for me, only a certain type of behaviour is acceptable.  So someone who is proud to be fat is as okay as someone proud to be skinny, but then someone trying to lose weight, by that rule, would not be acceptable.  That was before i came to understand the central concept behind Dances With Fat – the idea that respect is the key thing.  We need to stop thinking people’s body choices are anyone’s business but their own – and stop passing judgements based on them. We need to learn to respect other people’s choices.

That’s about all I wanted to say. 🙂 See you next time with more ramblings 😛

27 thoughts on “of body positivity” 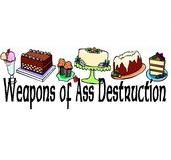